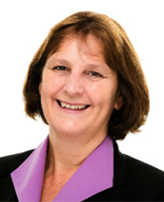 Hello and welcome to this MSD podcast. My guest today is Sharon Parker. Sharon is the Director of the Center for Transformative Work Design in WA. Hello, Sharon.

Hello, Anthony. It's great to be here.

We often hear the term thriving or thriving workplace. What does that mean?

I guess it recognizes that when we look at mental health and wellbeing in the workplace, we're not really just focusing on the absence of ill health. Which sometimes people focus a lot on mental ill health and anxiety and depression and burnout. And obviously that's really important, but when we talk about thriving, we're acknowledging that good mental health is also about the presence of good things. So it's about that sense that you're making a contribution to the world, that you're coping with life struggles, and that you're enjoying your life and you're having positive wellbeing.

And what are some of the common issues that you see that can go wrong in work design process?

Yeah. So well, work design is really about the content of people's tasks and also how that's organized and structured. And one of the biggest issues I guess is that people don't even necessarily think of work design as a way to facilitate thriving. So we see, I like to think of it like a sort of iceberg. And in a sense, underneath the iceberg is this work design, is things like our workload and how much control we've got and all these sorts of things, but they're a bit invisible and sometimes what we see above the iceberg is the sort of consequences of work design. So for example, we see thriving or not, we see exhaustion and we see frustration.

And who would be the right people to include in a design process? And when would you include them as well? It's the second part to the question.

That's a great question because, I guess what this concept of work design recognizes is that, we can actually usually change the work to make it better and to help people thrive in the workplace. And that's often called work redesign. Then the question is, well, who should do that and how do we do that? And one of the most important things is to involve the people who actually do the work in the process of the work redesign. Because in a sense, the people who do the work they are experts in their work, they do it all day long, every day. And we call this participation. So it's really important to involve the people who do the work as the experts in that process. I guess the other side of it is also to recognize that it's good to also involve people who are a little bit external as well.

And that's because, say for example if you involve a consultant or you involve someone with some expertise in work design or human factors or something like that. One of the advantages of that is that they will see the work through fresh eyes, and sometimes see things that could be changed either that they've seen elsewhere or just because they're looking at the work without having necessarily done it for such a long time that it's become sort of taken for granted, I guess. And I think if you've got that combination of the experts in the work, which are the workers plus the sort of expert in design, you've got really the holy grail there to try to achieve a really good work design.

Can you give us some examples where you have experienced good work design and what it looks like.

Yeah. I think you know when the work design is good because you can often tell by the sort of vibe of a place actually the culture, and again we hear lot of talk about culture and how it's so important but people forget that culture is often very much driven by people's work designs. And I experience good work design in all sorts of places, sometimes at the hairdresser. You can see the interactions amongst staff, you can see good leadership behaviors, you can see that the hairdressers are being encouraged, given lots of autonomy and so on.

I might see it at my physio-therapist. And I think one of the points in sort of trying to make there is that we shouldn't think that good work design is just the [inaudible 00:05:40] of high status professions, like law or medicine. Actually, sometimes we see examples of really bad work design in those sorts of contexts. And so you can seek good work design anywhere and I guess one of the issues being though that, unfortunately we still have a good one third of work probably not being very well-designed which is far too prevalent really.

Now Sharon, we often hear the term SMART framework. What is that?

Yes. So I guess this question of well then, what is good work design and to sort of convey that one of the things we did in our team was to do some fancy statistical analysis around all the different aspects of work design that had been studied over the years. So how many hours people work, how much autonomy people have, so on and so forth. And then we analyzed all those, and from that we identified these sort of five big categories or higher order factors if you want to use the statistical language.

M is for mastery. And mastery is about the idea that most people actually want to go to work and do their job well. But to do that, they need to know, well, what are their responsibilities? What is their role? And that's what we sometimes refer to as role clarity. And then they need to get feedback on how they're doing in their work. And it also helps if people have got a sense of where does their job fit in the bigger picture of things. So that's M for mastery.

R is for relational. So relational recognizes that all human beings have a fundamental need to connect with other people, it's almost what defines us as human. And so when we design work, we should design work so that people can connect with others, so they can have some contact, they can get support from their peers, from their boss. They can not be subjected to bullying and uncivil behavior, and they can be part of a team and connect into something bigger than themselves.

And then T is the big one I guess, for many people. T refers to tolerable demands. And this really recognizes that all work has demands. It's pretty much the definition of work. And those demands might be sort of how much you work, how intensely you work, the emotional demands in your job, the complexity, the cognitive complexity, all these sorts of things. And it's absolutely of course, reasonable that work has demands but those demands need to be experienced as tolerable for people. So if the demands get too much and they overwhelm people's resources and ability to cope, then they're no longer tolerable and they're going to cause stress and so on in the workplace.

And what our research shows, if you've got those five big dimensions of SMART work, then you're much more likely to be satisfied, engaged, motivated , more likely to learn, and you're actually more likely to perform better in your work as well.

Sharon, the theme of the symposium is Safety by Design. What does that mean from your perspective?

Yeah. I love that theme. Of course, cause I'm interested in work design. But I think to me it signals two things. First of all to me it's recognizing that design is a verb. You design things, you create things. And I think one of the things that often happens with work is we forget that there's choice in how we could work or how we could arrange our work. And so the design reminds us that work is designed and we can change that design. So I think that's the first really important thing that the theme signals for me. The second thing I think that it signals is recognizing that design is about the work and about the system, not just the individual. So in the area of safety traditionally and now mental health, there can be this tendency to focus on individual as the thing that should be fixed almost.

So when there's an accident that must be the individual's fault or, if someone's suffering from mental struggles at work it must be because there's something wrong with them. And design reminds us that work plays the role as well. And sometimes we need to look at the system and how that is designed and sort of go beyond a focus on the individual. So I think it's a great theme and I think that if we can sort of take that concept of safety by design, will go a long way towards achieving those thriving workplaces that we discussed at the start.

Well, Sharon every success with your ongoing work at the Center for Transformative Work Design in WA. And thank you so much for your time today.

Thank you Antony. It's a pleasure.