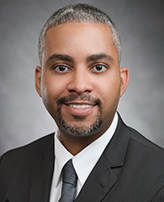 Dr Christopher Reid talks about wearable technology and exoskeletons and how they can help prevent injuries.

Hello, and welcome to this MSD podcast. My guest today is Chris Reid. Chris is Human Factors and Ergonomics Associate Technical Fellow for Boeing. Hello, Chris.

Hey Anthony, how are you?

Very well, thanks. I'm really keen to know so much more about this thing called wearable technology. Are you able to kind of open this up for us today?

So exoskeletons, they're a type of wearable. Can you tell us a bit more about that?

Now, when we're normal working functional people, there's other options available for exoskeletons, which is the space that I tend to be in, which is the industrial exoskeleton space. And so in that space, you're looking at things that essentially enable people to do their jobs. So for example, if we're doing any kind of activity that has a lot of repetitive motion or require sustaining awkward postures, or putting yourself in awkward postures often, the exoskeletons then enable you to endure those activities to help your body basically be less prone for injury. There is a last category in terms of the exoskeletons, which is augmentation. And the augmentation characteristic that I like to use is what we tend to see in Hollywood-like movies. So you're doing some drastic changes to natural human capability, such as maybe, Ironman or, if you think of the Alien series, things like that, where now you're talking about doing massive forms of manual material handling, picking up gross objects that normally humans shouldn't be picking up. That's where you get into augmentative technology.

And Chris, just on that, what research has been done on the long-term impact on wearers. Given what you've said sounds encouraging, especially in preventing injuries, but what about the long-term use?

Yeah, that's a great question. We're just now getting into the idea of what happens over years of exposure for this. Both at Boeing, as well as a lot of other organizations such as the National Institute for Occupational Safety and Health here in the US, they're about to kick off a longitudinal study, that's a multi-year study to evaluate what happens to the body after years of exoskeleton usage. Now from what we're finding, essentially the worker isn't changed.

If we think of it in terms of what happens when you binge on workout activities. It's January 2022, you spend the next six months in the gym and you bulk up. Now what happens when you quit come June? Your body returns to a natural capacity of typical usage. So what we're seeing on the exoskeleton side is that people retain their strength capability at a natural level. They're not going to become weak. But we are seeing some activities happen where over time, they're adapting to the exoskeleton. Because the exoskeleton is offloading their normal demand of work activities, all that repetitive motion work that I referred to earlier, it's now taking on some of that burden for you. So the body doesn't have to expend so much of a demand as it normally had to before.

Is there the risk that we can rely too much on exoskeletons?

Yeah, that's a good question. So I'm going to fall back to my safety hat and my ergonomist hat. In that capacity, if we didn't have exoskeletons at all, what would we do? And so we would naturally turn to say the hierarchy of controls, where you look at the hazard, you understand the hazard, you remove it all together. That's the first thing to do. You have the option of swapping hazards, maybe going for a lower level hazard. That's another opportunity at the bottom of that hierarchy of controls is what we call personal protective equipment. And that's essentially the realm that we at Boeing are choosing to call it. We're calling them PPE devices. Others may call them tools. Others may call them augmentative devices, but we at Boeing call them personal protective equipment. So that's where knowing that information, you obviously want to design out the hazard all together. We still aim for that. But as a last resort, you need to put a barrier between the person and the hazard. And in this case, this is a PPE device or exoskeleton technology device that falls into that area.

Chris, any other cautions for employers if they are considering this type of technology?

Yeah, I think the hardest thing that I've learned that I specifically still endure on a daily basis is how you scale these things, how you implement and scale them. Picking the technology is not nuanced, it's not easy, either. A lot of standards organizations such as ASTM international are moving towards a validation or a certification process, which will all flow that effort for individual end users or consumers. Now, once that's available, then the next hard part is implementing and sustaining those pieces of technology once they're in your workplace. So, that's what I'm learning on a daily basis. How do we scale them? How do we deal with supply chain? How do we deal with training? How do we deal with all of these other integration related activities and sustaining those through time?

It sounds like we've come such a long way in this area. Is there more to come?

Yeah, I think in terms of exoskeleton technology, what I'm seeing on the market is we're just on the cusp of understanding how we can play into this nuance of the human robotic spectrum. So on one end, you have humans doing all the work, on another end you have these extremely large objects called robots or automation doing all the work. And here we are snug in the little middle section where we're using exoskeleton technologies and blending exoskeletons over biotic technologies with humans. And so this is where I see that we're basically starting that adventure where I foresee the future going next is what we called intelligent exoskeletons, which is where the exoskeletons are becoming much more movie-like, understanding the capability of the person that they're working with, predicting how they're going to be useful to that person, and then engaging when they need to engage with that person, depending on what activities they're doing. So intelligent exoskeletons is probably going to be the next space. From there you'll see some scaling down of the amount of surface area that these things take up. You might see more embedded and intelligent clothing in that case, when it moves towards what we call exosuits or essentially soft goods material for exoskeletons.

As we know, the theme of the symposium is safety by design. Given what you're saying today, these exoskeletons fit really nicely into that theme.

They really do, Anthony. So along those lines, from my perspective, we need to do our job upfront as safety and ergonomics practitioners. Understand the hierarchy of controls and play by those rules, design out the hazard as much as possible so that you don't have to deal with it at all. But if you do have to deal with it and there's no option available for you to design out fallback, to potentially using these types of personal protective equipment, such as exoskeletons, they're going to help the workforce. We're finding that they're helpful for potentially reducing injuries, overall reducing risk. That's how I kind of see the trend moving as we improve in wearable technologies and afford new capabilities to our practitioners.

Well, Chris, continued success in the work that you do, and thanks so much for joining us today.

Thanks for having me, Anthony.