One Queensland business implemented an engineering solution to address the risks associated with working under heavy vehicles. The business purchased a heavy-duty four-post hydraulic truck lift. While the lift was costly to install, the business recognised the safety and productivity benefits outweighed this cost. They have subsequently installed smaller lifts for their other vehicles in the fleet.

Previously, the company used controls including pits, axle stands and jacks, which can be effective, but can also introduce other risks that need to be managed. For example, axle stands can move, jacks have the potential to fail, and there are falls risks associated with working around pits, and with asphyxiation from gas or vapours.

As well as managing the risk of workers being crushed under vehicles, the lift also improves worker access to vehicle undercarriages, allowing them to work more efficiently.

The business also consulted with its workers to enhance their safe work procedures for when workers still need to get under vehicles at ground level.

A lock and tag out procedure was developed to effectively immobilise vehicles by preventing unexpected start-up, and to avoid rolling and/or uncontrolled movement.

The lock and tag out procedure requires: 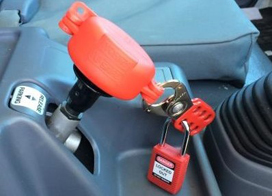 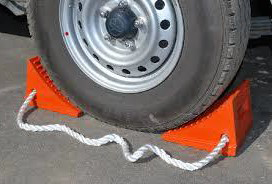