The purpose of this health and safety alert is to inform workers, employers, builders and designers of the risk of failure of lifting clutches associated with tilt-up and pre-cast concrete erection.

There have been two failures of lifting clutches in Queensland within 20 months. 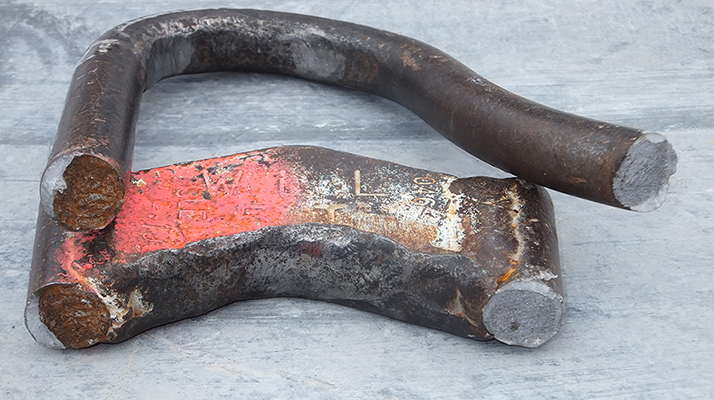 In the latest incident, the cause of the incident is not known at this stage. However, the fact that the lifting clutch was brand new at the time of the incident is a concern. It appears that the completion of a proof test on the clutch before being supplied was no guarantee that failure would not occur.

Both incidents had potential for loss of life and damage to cranes. The second incident highlights the serious consequences of lifting gear element failure. Although the second incident occurred on a tilt-up site, the same type of lifting clutch is also commonly used for pre-cast element erection. These incidents are both a reminder of the need for a back-up lifting system for the lifting of pre-cast elements as highlighted in Section 13.2 of the Tilt-up and pre-cast construction Code of Practice 2003.

In the latest incident the lifting clutch was brand new. In the earlier incident, the lifting clutch had been supplied by a company that specialises in gear associated with the erection of concrete elements and has a quality assurance program. The lifting gear was not owned by the company employing the crane and rigging crew.

A rigorous inspection and testing program is needed on lifting clutches, possibly beyond the current minimum industry benchmarks. Australian Standard AS3850.1:2015 Prefabricated concrete elements: Part 1 General requirements specifies non-destructive testing (NDT) of cast components of lifting clutches at manufacture, but does not specify any NDT during the 12-monthly inspection. Therefore to help prevent unexpected failures, consider carrying out NDT to inspect for cracks at the 12-monthly inspection. The inspection should include dimensional checking to determine that tolerances remain within the manufacturer's specifications.

The rigging crew erecting concrete elements should carry out a detailed visual inspection of the lifting gear prior to use.

Further information on the erection of tilt-up and pre-cast concrete elements: