The purpose of this safety alert is to highlight the risk of falling from a fixed caged ladder and over the guardrail of the landing below.

In June 2017, a worker was seriously injured when he fell down a caged ladder and over the guardrail of the landing below. He was carrying tools and fell approximately eight metres.

Falls from fixed ladders with cages can be caused by a number of factors, including: 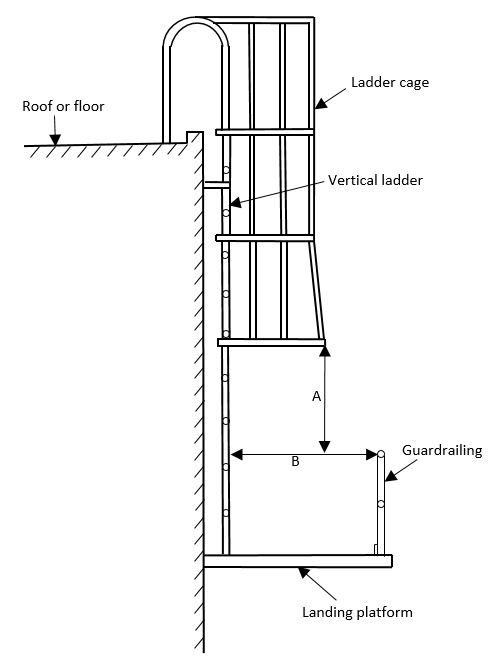 Diagram 1. Vertical caged ladder with guardrailing on a landing

If there is a risk that someone can fall from the caged ladder and over the guardrail of a landing below, control measures must be implemented to eliminate or minimise this risk. Photograph 2. The bottom of this vertical caged ladder has been flared out and extended down to the top guardrail.

Work tasks that do not allow a worker to maintain three points of contact at all times while ascending or descending the ladder should be avoided. Workers climbing ladders should never carry tools or equipment in their hand.

Only one worker should be on a ladder at any time. There should also be an exclusion zone around the ladder to control the risk of falling objects.

Fixed ladders are not a preferred means of access if frequent access to the area is required, for the following reasons:

If a fixed ladder becomes frequently used, an alternate access path or stairway which is easier to climb should be considered.

Fixed ladders that are vertical or close to vertical (e.g. sloped greater than 75⁰ to the horizontal, refer to Photograph 2) are generally more difficult to climb. This increases the likelihood of a person falling off the ladder. Owners of fixed ladders, with or without a cage, that are sloped greater than 75⁰ should consider fitting a permanent or temporary fall-arrest system to the ladder.

Employers should modify or develop documented safe work procedures for:

Workers should be adequately trained in these safe work procedures.