This safety alert highlights the risk of failure of mobile crane booms and the need for crane owners and professional engineers to follow manufacturer’s instructions when carrying out major inspections. The principles in this alert can be applied to other types of plant where there is risk of collapse or loads falling, including other cranes and concrete placing booms.

On 5 May 2022, the boom on a 20 tonne MRC (maximum rated capacity) rough terrain mobile crane manufactured in 1998 failed while attempting to lift a tower section of a tower crane (refer Photograph 1). The third stage of the hydraulic boom buckled and the end of the boom and the lifted load fell to the ground. Nobody was injured. 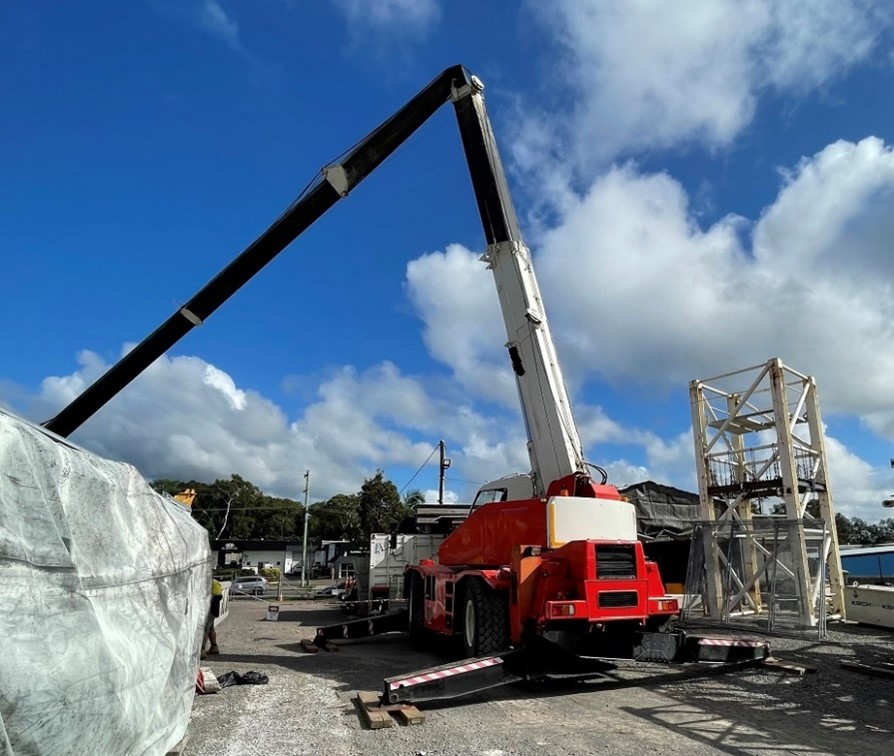 According to the 2019 major inspection report, there was no need to dismantle the crane during the inspection, as the crane had only had moderate use. This method is sometimes called the “design working period” (DWP) method, and is referred to in the AS 2550 Cranes, hoists and winches – safe use series of Australian Standards.

Engineers sometimes use the DWP method to justify not dismantling parts of a crane. It is to be noted that this method does not consider corrosion based on environmental factors, past potential abuse of the crane or load cycles experienced by the crane when being driven. In addition, if data loggers aren’t fitted, it can be difficult to verify how much use the crane has had.

The cause of the incident has not been determined and investigations are ongoing.

“(a) Where the crane manufacturer specifies instructions for the 10-year major inspection, these instructions are to be followed and take precedence over the list below.” (i.e. the list in the Code)

The professional engineer overseeing the major inspection should comply with the manufacturer’s instructions as a minimum.

Failure to follow the major inspection instructions of the manufacturer may result in enforcement action being taken by Workplace Health and Safety Queensland.