The purpose of this safety alert is to highlight the importance of regular maintenance and inspection of lifter borers and the need to follow the manufacturer's operating instructions. In early 2016 there was an incident involving a lifter borer where the boom broke off close to its pivot point. The lifter borer involved in the incident was nearly 20 years old.

Lifter borers are used extensively in the power supply industry to install and remove power poles. This plant is a type of mobile crane that is specifically designed for installing and removing poles and can be exposed to severe loading.

In the lead-up to the incident an attempt was being made to pull the pole out of the ground when the boom failed. The failed boom did not drop to the ground as the top end of the boom was supported by the pole grips holding onto the partially embedded power pole in the ground.

Lifter borers locate the operator's seat above the slew ring and next to the boom. If the boom had been free to drop, the operator could have been seriously injured or killed. 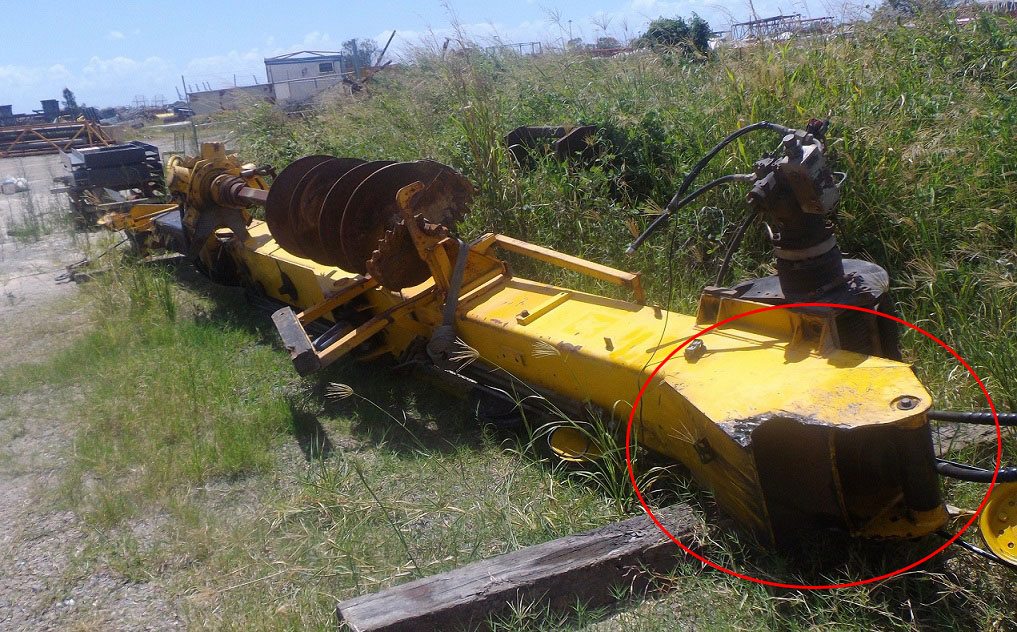 [1]Note: many lifter borer manufacturers warn against using the unit to pull poles out of the ground - particularly in the case of using the hoist up, telescope out, boom luff up or slew function. While a manufacturer may allow the luff function to be used, this is only where the manufacturer specifies that this is allowable and the hydraulics are fitted with a rated capacity limiter. The use of separate hydraulic jacking systems is encouraged to pull the pole out of the ground (i.e. after the top of the pole has been safely cut off). Hollow augers can also be used to cut the butt section of the pole out of the ground so that it can be easily lifted.

A preliminary investigation indicates the following factors contributed to the incident: 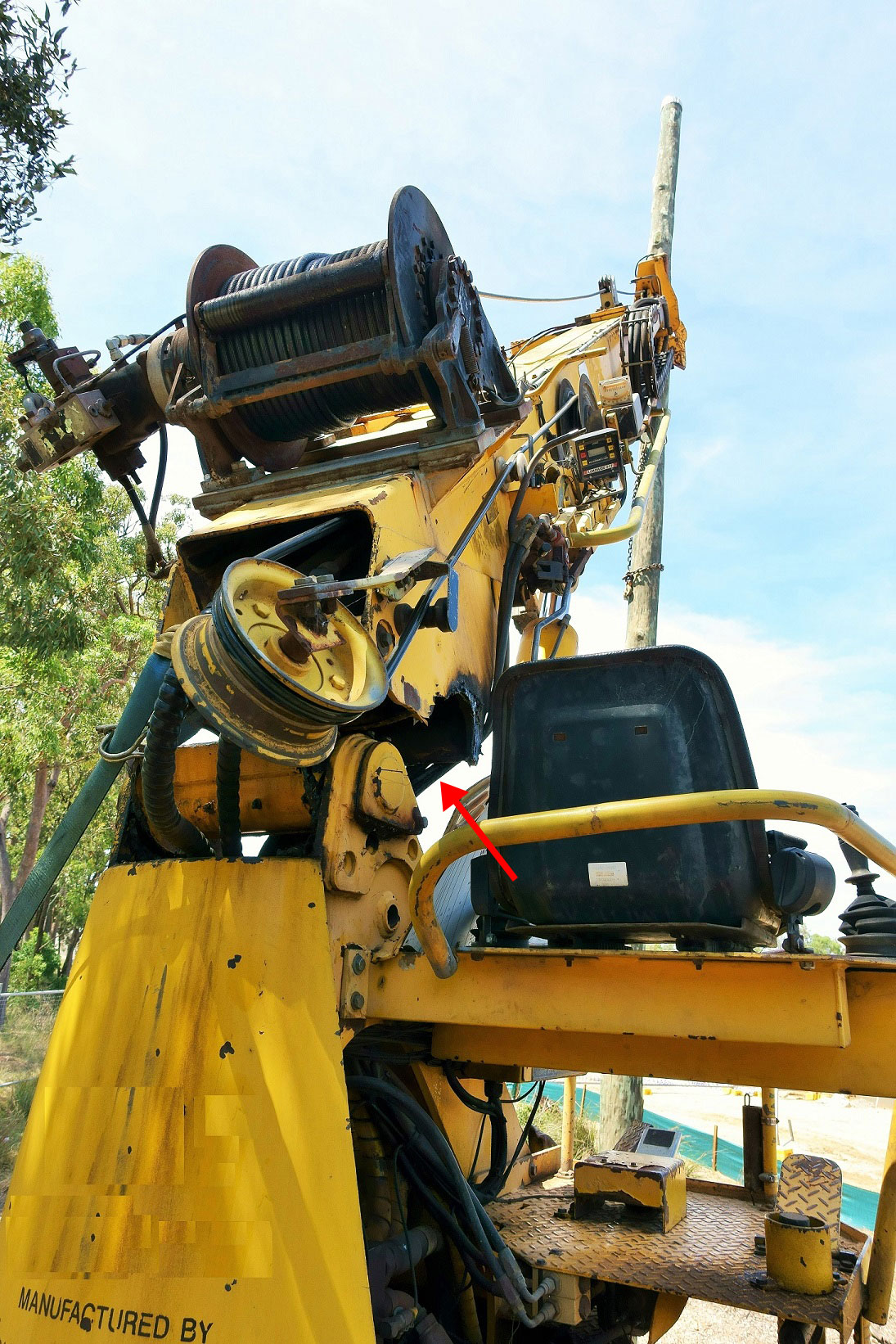 Always operate lifter borers according to the manufacturer's instructions.

Lifter borers should not be used to pull poles out of the ground unless the:

During pole removal there is a risk of inadvertent crane overload when the pole being extracted breaks free from the ground and the pole 'bounces' resulting in high dynamic loads being applied to the crane.

It is critical that all lifter borers are adequately maintained and inspected. The program of inspection and maintenance should be in accordance with the manufacturer's instructions.

Pre-operational inspection, including visual inspection and functional testing, should be completed by the operator before the commencement of each work shift.

Routine inspection and maintenance activities should be based on time intervals and/or hours of use. The size and mass of the loads lifted will affect the degree of maintenance required. The maintenance program should take into account additional load cycles as a result of road travel. The adverse effects of road travel will be increased if the units are driven over rough roads often found in rural locations.

Routine maintenance should include a visual inspection of critical welds on the boom and outriggers, particularly those around the boom butt section, after grease and dirt have been cleaned off. Photograph 5 shows some of the accessible welds on the butt section of the boom on a similar unit to the one involved in the recent incident. Inaccessible welds can be inspected during the major inspection and if there are other signs of cracking or damage. In these cases, the boom may need to be removed prior to the next major inspection.

As a unit ages, more frequent inspection and maintenance is required, especially as it approaches the end of its design life. When the condition of the unit deteriorates to the extent that signs of cracking and wear becomes prominent, then it is a good indication that the unit has reached the end of its usable life and should be decommissioned, cut up and scrapped.

A number of lifter borer manufacturers specify that a major strip down inspection be carried out at intervals not exceeding 10 years. The major inspection should include dismantling of the boom, pins, slew ring and outriggers along with comprehensive inspection of all high stress areas. This is consistent with the information provided in the Mobile Crane Code of Practice 2006 (PDF, 1.34 MB) for major inspections on mobile cranes.

During the annual inspection of the unit some of the critical parts will not be sighted. Safety issues that develop should become apparent during this ongoing inspection and maintenance. 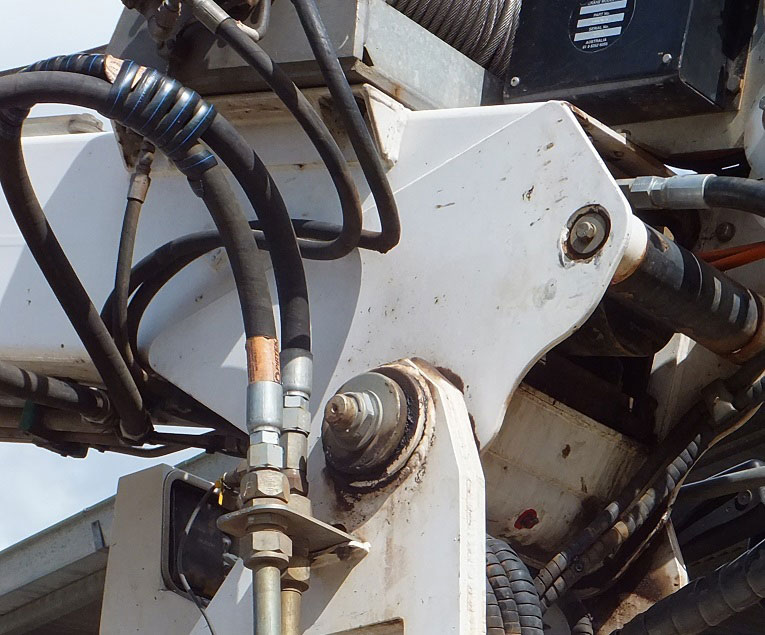 Photograph 5: View of boom butt section showing some of the accessible welds.

The annual crane inspection must be carried out by a competent person who can demonstrate they have adequate training, knowledge and experience to carry out the task.

Additionally, AS 2550 specifies that the annual (periodic inspection) is to include crane duty recording and assessment of design working period (DWP). The purpose of the DWP assessment is to estimate the accumulated duty of the crane and assess its remaining life. DWP should be carried out in conjunction with the periodic third-party inspections.

Comprehensive maintenance and inspection documentation should be kept for the life of the unit.

This inspection documentation should include:

When units are sold all documentation should be supplied to the new owner.

Information on the safe use and maintenance of mobile cranes is provided in the: