The purpose of this safety alert is to highlight the risk of trench collapse when a shoring box, or any other trench support system, does not extend for the full depth of the trench. Shoring boxes are also known as trench shields or drag boxes.

In November 2017 a worker was seriously injured when he was crushed by ground collapse in a trench in Brisbane. He was kneeling down in an un-shored section of a trench one metre below the bottom edge of the shoring box (refer Photograph 1). The ground collapse was sudden and rapidly engulfed the lower part of his body.

A similar incident occurred on the Gold Coast in 2016, also causing serious injuries to the worker.

In both incidents the shoring box did not extend for the complete depth of the trench. 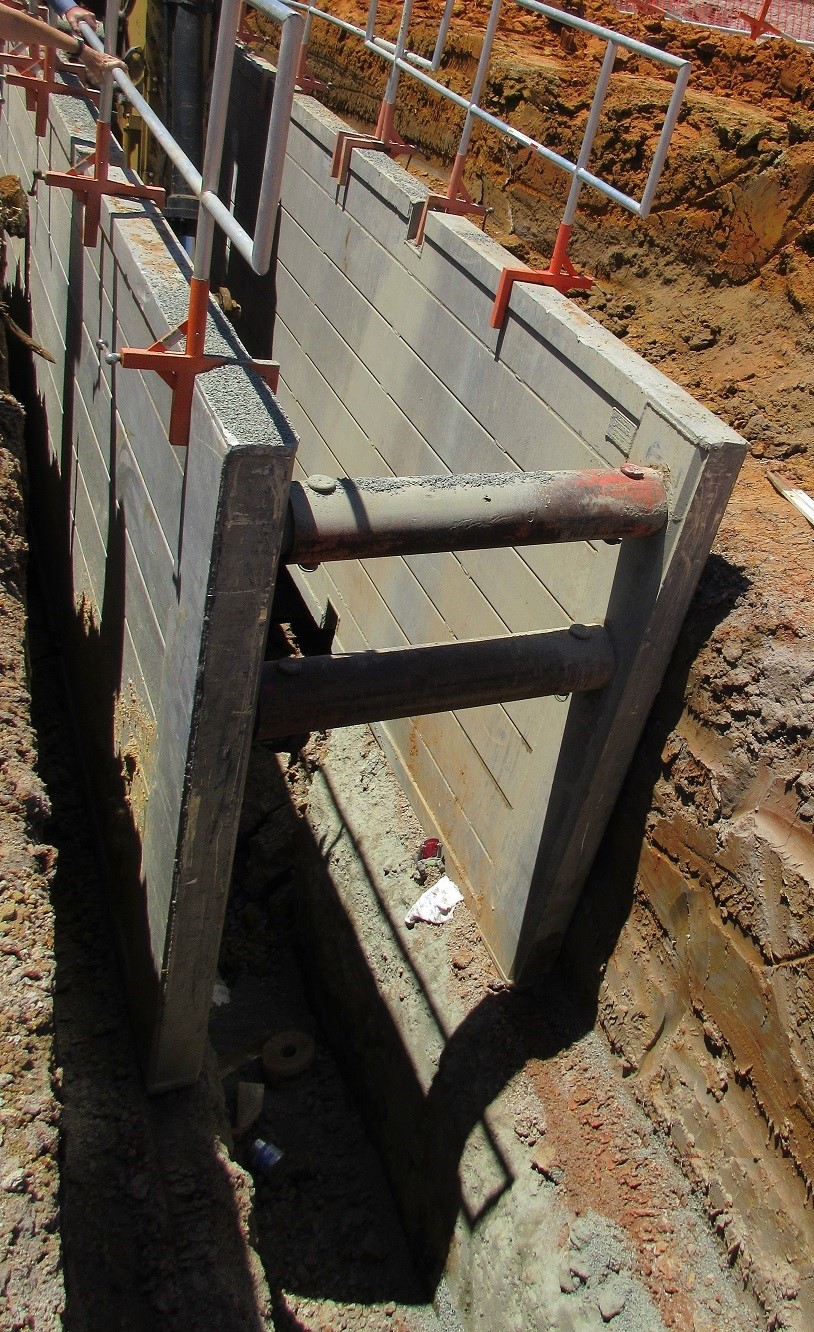 The collapse of any un-shored section of trench can be caused by a variety of factors including the type of ground, ground water, rain, and loading applied to the ground. Where a trench has been excavated below a shoring box, the weight of the shoring box can increase the likelihood of the ground collapsing because the trench wall has a load applied within its zone of influence.

Shoring boxes are an effective way of preventing trench collapse but they will only protect workers who are between the shields of the shoring box.

Shoring boxes or any other trench support system should:

There may be conditions where a shoring box can terminate above the base of the excavation such as where competent rock is encountered, but the particular case is to be assessed and signed off by a geotechnical engineer. Competent rock is rock that is structurally sufficient to prevent slippage into the trench (i.e. contains no unfavourably oriented defects such as cracks or joints).