A recent prosecution which included a huge fine and a prison sentence highlights long standing misuse of plant for purposes other than the manufacturer intended.

Cordwell Resources Pty Ltd (the company) and Director Brian Cordwell were prosecuted in October after entering a guilty plea to offences under the Work Health and Safety Act 2011. The company was fined $500,000 and Mr Cordwell was sentenced to imprisonment for six months, wholly suspended. An appeal has been lodged to contest the severity of the penalty.

The defendants were found to have acted in a way that was reckless, exposing workers to the risk of serious injury or death. Mr Cordwell had directed two workers to get into the bucket of a wheel loader and use it as a work platform to make repairs to plant.

He told the operator of the wheel loader to lift the men up to access a valve at a height of over four metres and keep the bucket in place while they worked. While the workers were doing the repairs, the bucket began to tip forward. One worker sustained minor injuries as he jumped onto the frame of the plant being repaired, while the other worker’s head was trapped between the plant and the back of the bucket.

Wheel loaders with bucket attachments are significant pieces of equipment known for their carrying capacity and versatility, but they are not designed to lift workers. Plant must only be used for the purpose for which it was designed, and the bucket of a wheel loader is designed for lifting dirt and rubble, not people. It is the PCBU’s role in managing a workplace to make sure plant is used in a way that doesn’t pose a risk to workers. 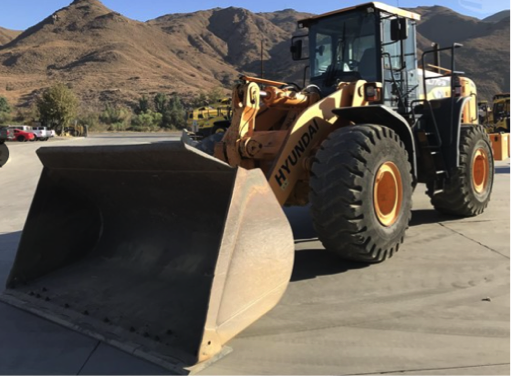 In the recent prosecution, the company was found to have safety procedures in place to manage the hazard of working at heights but that it did not comply with these. One method of safely working at heights is to use scaffold, and, just two days after the incident, the company erected scaffold to safely complete the repair work.

Workplace Health and Safety Queensland is again warning businesses there are serious risks associated with misuse of wheel loaders and plant not specifically designed to lift people.

PCBU’s have a duty under section 19 of the Work Health and Safety Act 2011 to provide a safe system of work and safe plant for workers to use to perform tasks. Directors have an additional duty to exercise due diligence about how the company maintains a safe work environment.