Events and entertainment is a fast moving, high pressure industry which sees performers and touring personnel travel from city to city by air, while their stages and equipment are moved between venues by specialist transport and logistic companies.

Both local and touring crews are tasked with loading and unloading this equipment which can range from just a few small trucks to as many as 50 semi-trailers for large shows.

Crewing company All Access has trialled a number of safety initiatives that could also benefit others in the industry.

What are the risks?

There are risks with loading and unloading equipment and structures using truck ramps (up to 30 degree angle incline) and moving loads to the stage. Common risks associated with the work include:

What controls were adopted?

All Access trialled double ramps to reduce the angle of the ramps. This worked in some areas but also meant more space was needed. There were risks of workers being hit by falling equipment, falling off the ramp or being hit by forklifts. To address these issues, higher order controls were instigated, including:

Small portable docks (SPDs) were also identified as being a safer alternative. SPDs use stage decking and are an option when venues have no dock available, when there is limited room, a small number of trucks, or when pre-rigs are double stacked on site. These docks require minimal storage and are easy to transport.

Working with All Access as part of the trial, Brisbane Entertainment Centre managers ASM Global found mobile docks were highly effective. Portable docks were not a long-term solution due to the large number of shows at the venue.

BEC designed a modular system that can be set up in height adjustable configurations, with the system incorporating safety handrails and non-slip decking, reducing the need for workers to stand in unsafe positions around moving loads. 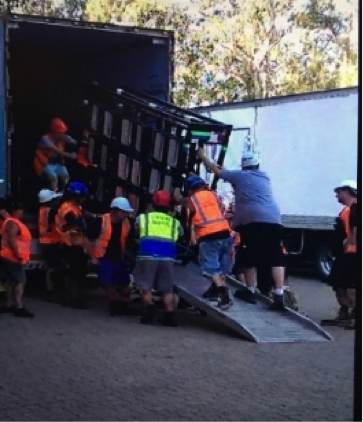 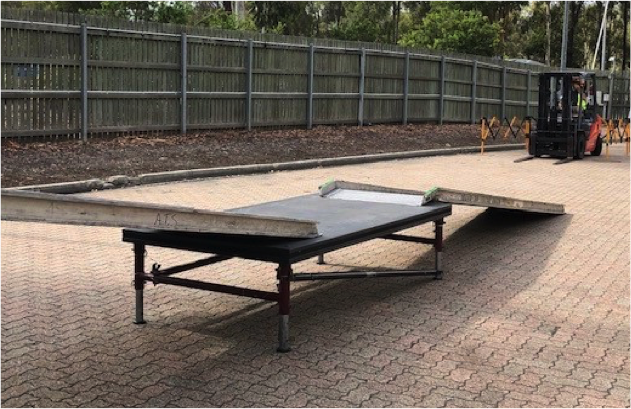 Recommendations for the event and entertainment industry out of the trial