Nothing can bring back or fill the void of a loved one lost in a workplace incident.

This Workers’ Memorial Day, Wednesday 28 April, the Queensland Government’s Consultative Committee for Work-Related Fatalities and Serious Incidents will commemorate their children, spouse, family and friends whose deaths mean they will never again come home after a day’s work.

Safety advocate and committee member, Dan Kennedy said the pain of losing someone doesn’t stop – but a day to commemorate them—Workers’ Memorial Day—is a chance for the people left behind to unite, feel support and reflect with those who have experienced something similar.

“I wouldn’t wish losing someone you love on anyone; it takes a lot of you,” Mr Kennedy said.

Dan and his wife Deb Kennedy lost their son Dale in a preventable death while working in the ceiling space of a Cairns school in 2012.

“We take the day to reflect on Dale’s life, what his life was and what it should have been. Dale was supposed to come home that day nine years ago,” he said.

In the twelve months to the end of March this year, 26 workers died in this state, making today and every other day an important time to think about how we can all work to prevent work-related deaths, injuries and illnesses and raise awareness about the importance of safe work practices.

“Queenslanders, young or old across all industries need to not take safety for granted, always ask questions, always listen. Speak up and take notice of what is being said and done – there is always something that can go wrong,” Mr Kennedy said.

Join the Office of Industrial Relations and the Consultative Committee for Work-Related Fatalities and Serious Incidents on Wednesday 28 April 2021 at 7:30am for Workers’ Memorial Day on the @WorkSafeQueensland Facebook page.

Other events being held on Workers’ Memorial Day, Wednesday 28 April include: 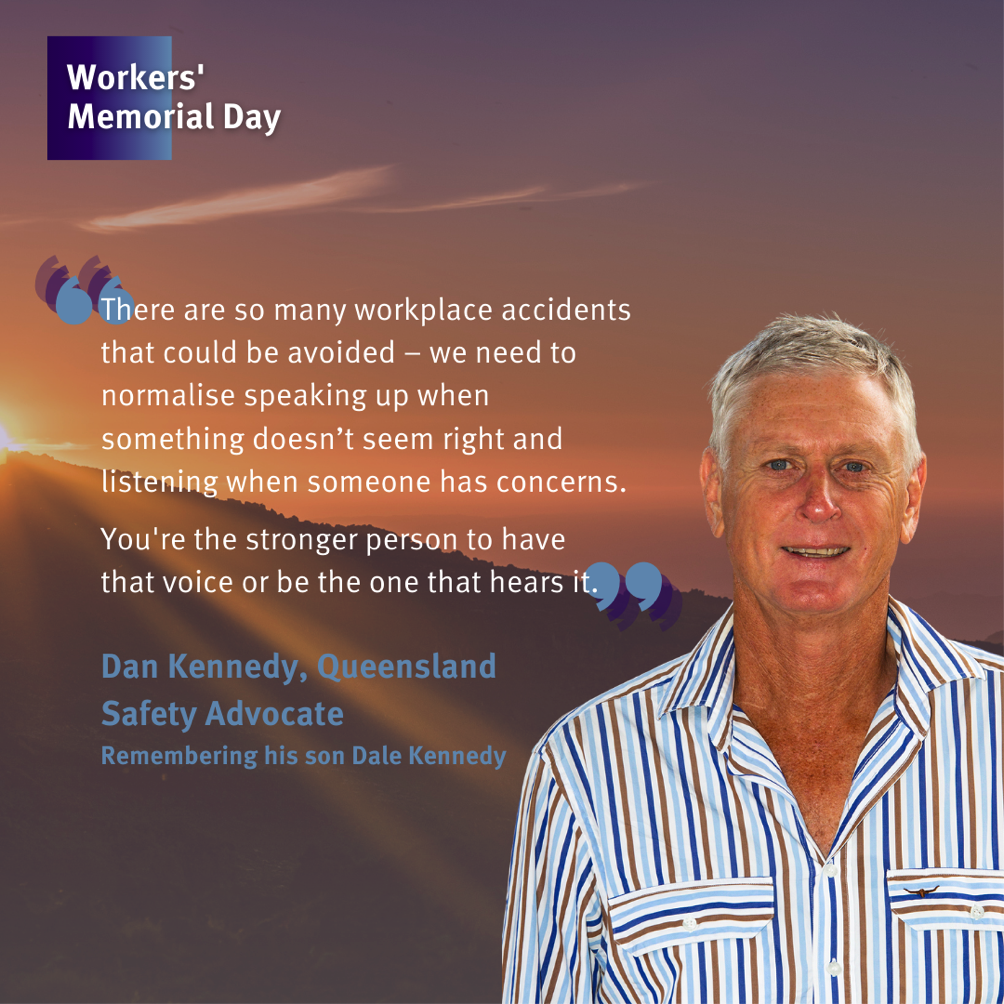