The purpose of this safety alert is to highlight the risk of a potential catastrophic failure of corroded bolts on amusement rides. 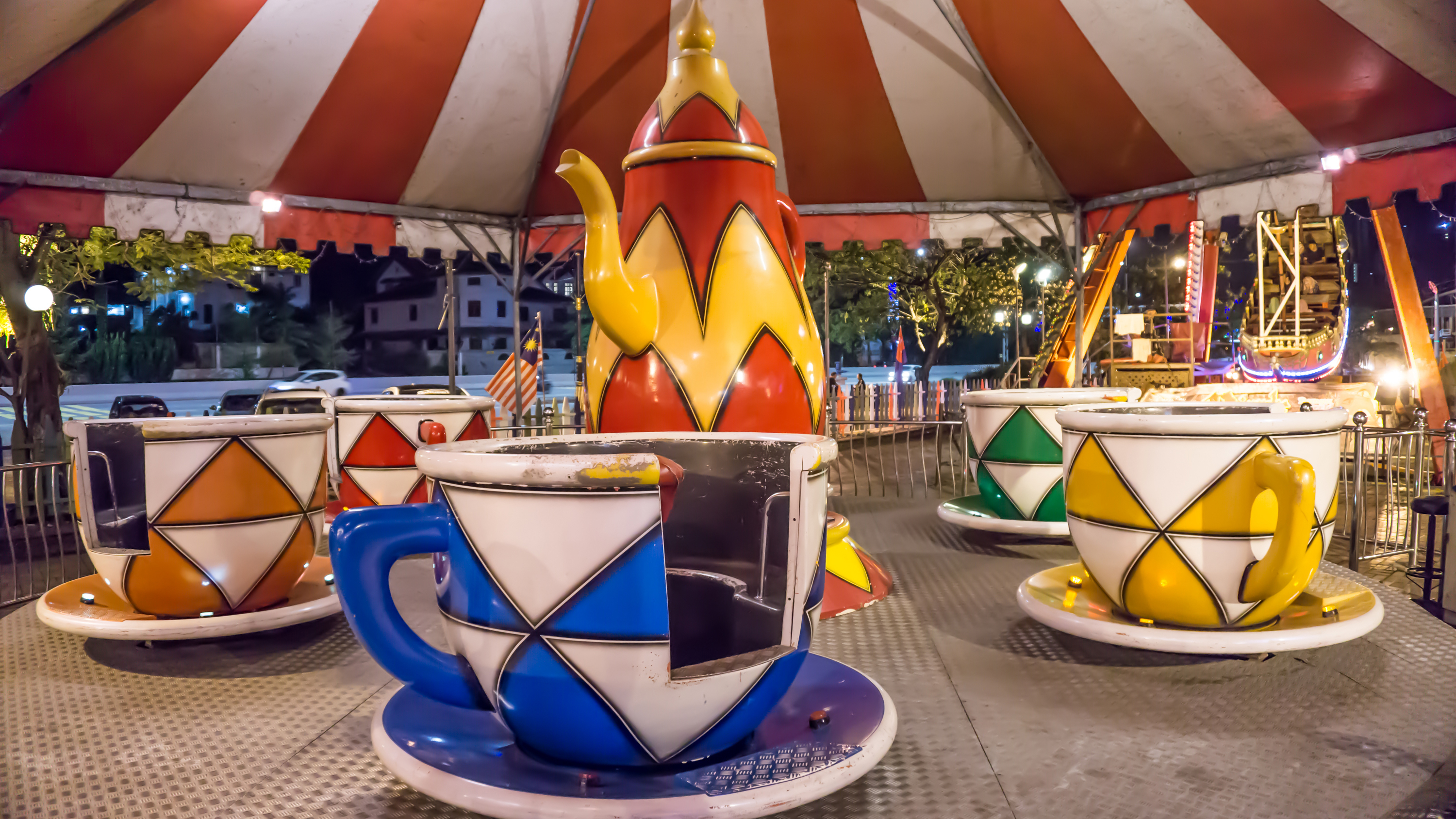 Photograph 1: Example of a teacup ride.

During two recent major inspections of teacup rides, severely corroded bolts that attached the teacup carriage to the rotating mounting-plate were identified. Many of the bolts were either close to failure, or failed while being removed. A visible inspection of the bolts in-situ was limited and could only identify the external condition of the bolt heads and nuts. Inspection of the nuts was restricted due to the nuts being located within the small gap between the underside of the mounting plate and the deck of the ride. However, the serious corrosion on the shanks of the bolts was only observed after they were removed (refer Photographs 2 and 3). These bolts posed a high risk of failing catastrophically and causing the patron carriage to be ejected from the ride and seriously injuring patrons. 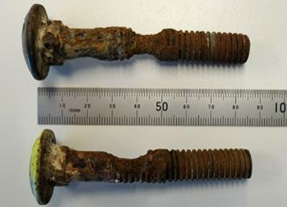 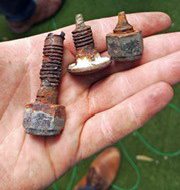 Photographs 2 and 3: Severe corrosion and failures on bolts removed at major inspection.

While teacup type rides are usually considered to be low thrill rides, the loads on various components may be high due to the combination of dynamic affects during the ride cycle. Failure of the connection between the teacup and the rotating mounting plate is likely to cause the teacup to be ejected from the ride. It is foreseeable that this will result in serious injuries, or death of patrons in the ejected teacup.

The Work Health and Safety Regulation 2011 (WHS Regulation) requires both annual inspections and major inspections of all registrable amusement devices. The major inspection must be carried out by, or under the supervision of, a Registered Professional Engineer of Queensland (RPEQ).

Under the WHS Regulation, a major inspection of an amusement device involves:

Since the introduction of major inspections of amusement devices there have been numerous serious issues of corrosion identified, some of which have been identified from a visual inspection of a fully assembled device, and some that were not easily identifiable without disassembling or stripping down components of the device.

Inspecting engineers who carried out the major inspections of these rides have indicated that the rides were over 10 years old, and the bolts were likely the original bolts. The bolts are used to secure a number of separate pieces of the teacup carriage to the rotating mounting plate of the ride. The bolts secure the aluminium checker-plate floor, the base of the teacup carriage (consisting of fibreglass covered plywood) and the fibreglass saucer of the teacup. While the mounting bolts may have tightly sandwiched each of the carriage pieces together, it appears that moisture ingress to the areas around the mounting bolts (including crevices and timber plywood where moisture may be ‘trapped’) is the primary contributing factor for the corrosion.

Both rides were fixed rides and covers had been used to minimise direct exposure to the weather, however it appears that some weather exposure was likely. In addition, activities such as cleaning the rides, or the areas around the rides, may have contributed to parts of the ride getting wet. It appears that there were no visual tell-tale signs of the serious corrosion, as there were no obvious signs of corrosion staining coming from the bolted connections.

Other factors to be considered as possible sources of corrosion include exposure to cleaning agents, galvanic corrosion due to dissimilar metals in contact (i.e., aluminium checker-plate floor and steel bolt) and some timber treatments that may contribute to corrosion.

Owners of cup and saucer type rides must check all bolted connections that secure the teacups to the rotating mounting plates for corrosion. As a minimum (and where permissible depending on the installed grade of bolts present) this will require retorquing of all the teacup mounting bolts. Retorquing usually requires loosening the bolt (or nut) a ¼ turn before retightening to the specified torque. If any bolt fails all bolts are to be removed to assess the condition of the bolt shank and remove bolts with signs of corrosion from service. For any teacup type ride that has had a major inspection completed the records will need to confirm that the teacup mounting bolts have been removed and inspected with no corrosion evident or replaced with new bolts.

Owners of all amusement devices should ensure, when their rides are inspected, that no bolted connections are likely to contribute to trapped moisture accelerating corrosion of bolt shanks. This may require identification of joints that are susceptible to trapping moisture (e.g. joints that secure multiple elements of differing materials, such as timber, fiberglass, and metal).

The identification of corroded or damaged components that are not easily inspected highlights the importance of thorough annual inspections and the need to dismantle, or strip down the device during the major inspection.

If the amusement device is not due for a 10 yearly major inspection, but it has been identified that critical components, such as the carriage mounting bolts are required to be inspected or removed and replaced, inspecting engineers should consider whether they recommend the major inspection of the entire device be earlier than the next major inspection due date.