This safety alert has been issued to highlight the risk of serious injury or death when using load skates to move top-heavy loads. Load skates are also referred to as machine or machinery skates, load trollies, heavy load dollies and load rollers.

A worker received serious head injuries after being pinned between a wall and an electrical switchboard at the Palmerston Police Station construction site.

The switchboard weighed approximately 1.8 tonnes and was 4500mm long, 600mm wide and 2100mm high. A 75mm steel frame was also fitted to the base of the switchboard. The majority of the electrical components were installed towards the top of the switchboard, making it top heavy.

The switchboard was being manually manoeuvred on four load skates into a purpose-built switch room that was only 5010mm long and 2395mm wide. Three workers were pushing the switchboard over a cable pit covered by checker plates when the switchboard toppled backwards pinning the worker.

Preliminary findings indicate a skate came into contact with the edge of a checker plate (or the door frame), which dislodged a skate from under the switchboard causing it to topple. 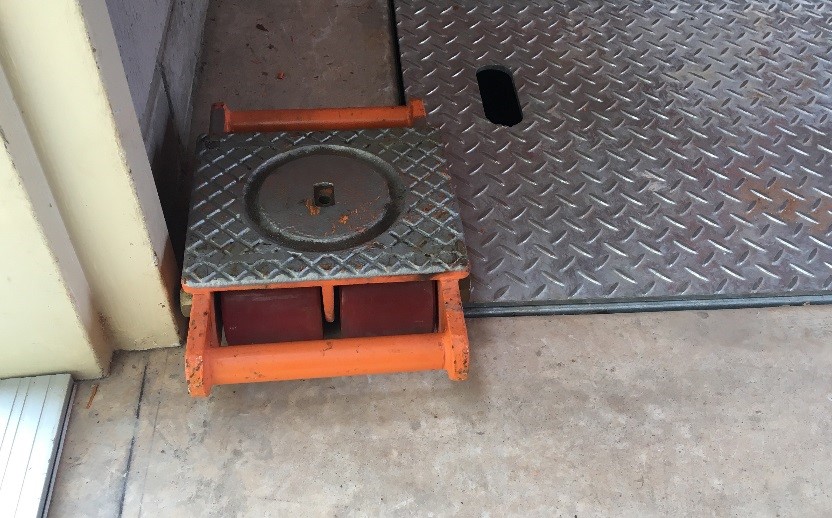 Image 1: The machine skates positioned at the edge of the checker plate most likely contributed to the incident. Image 2: The toppled over switchboard filling the room shows the workers were always at risk of being pinned.

This document uses content from the NT WorkSafe safety alert, Hazards of using load skates. The State of Queensland acknowledges the Northern Territory Government as the author of this safety alert and thanks are extended for the use of this content.