In September, a truck driver was killed while inflating a tyre. Initial indications are the transport firm employee sustained fatal injuries when the tyre he was inflating exploded.

Inflated tyres, particularly truck tyres, contain a large amount of stored energy. Tyres are designed to withstand this, but if they are damaged or have been used while flat (or significantly underinflated), they may fail. Tyre damage due to underinflation cannot always be detected by external inspection. If a tyre fails during inflation, the explosive force can be released resulting in a destructive air blast and the ejection of high-speed particles. If the wheel is not restrained, it can fly through the air. The rapid release of this explosive force from a ruptured tyre can result in serious injuries or even death. 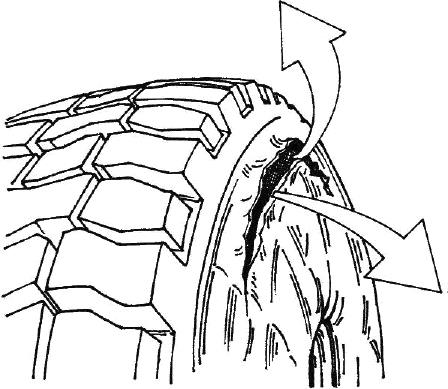 Health and safety risks must be managed to eliminate danger. However, if it's not reasonably practicable to eliminate the risk, then it should be minimised using the hierarchy of controls. This can be achieved by doing one or more of the following:

Any remaining risk must then be minimised by using administrative controls. For example:

If a residual risk remains, it must be minimised so far as reasonably practicable by using personal protective equipment (PPE). For example, wearing protective goggles or face shields when working on wheels or tyres.

Administrative control measures and PPE rely on human behaviour and supervision and used on their own tend to be least effective in minimising risks.

This should ensure the operator is clear from any blast.

On average each year there are 36 workers' compensation claims accepted for injuries relating to being hit or trapped or by an explosion involving vehicle wheels and tyres.

From 2013 to May 2019, WHSQ has been notified of 23 events involving exploding tyres and issued seven statutory notices relating to the risk of tyre explosions.

In 2014, a company accepted an enforceable undertaking with a total minimum expenditure of $207,401 as an alternative to prosecution. This was after a worker received serious facial fractures and another minor leg injuries when they attempted to fit and inflate a tyre to a damaged truck rim. The tyre exploded as it was being inflated.