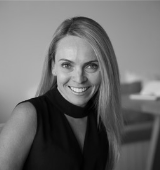 Blythe is on a mission to rid workplaces of toxic behaviours, build meaningful relationships and create workplaces worth belonging! Blythe is the creator of the ‘Business Connection Model’, the five key things organisations must do to connect the hearts and minds their people.

Blythe, welcome to the podcast.

Oh, thank you for having me.

Spencer Howsen: First of all, behaviours and relationships in the workplace. Why are they so important?

Blythe Rowe: Look, to me I think we spend way too much time at work to not enjoy what we do. I've spent a career in HR and in large corporates and what I know is that people join organisations, but they often leave because of relationship issues, whether that's with their boss or someone they work with. So to me, you can enjoy what you do, but if you can't actually feel like you're respected and can bring your full self to work, then you know, what's it all about?

Spencer Howsen: Do you think we're getting better?

Blythe Rowe: Ooh better. Look, I think we're talking a lot about things more now than we ever did. I think a lot of stuff that perhaps I put up with in my career 20 years ago, we wouldn't see now. There's a fine line though, because then I feel like people are getting a little nearly to PC where they don't know where the line is.

Blythe Rowe: And so there's this line, this distinction between what's appropriate and what's not. So I think we're getting better at talking about stuff and maybe voicing what's not okay. But then I just think sometimes common sense comes into play and common sense isn't so common sometimes.

Spencer Howsen: So, what's a good starting point for employers and organizations to start thinking about all this?

Blythe Rowe: Look, it's challenging because obviously the whole purpose of this is how do we get our injured workers back to work quicker, happier and healthier? That's to me what our quest is. But then we're dealing with humans and so when we're dealing with humans, there's lots of stuff that happens that gets in the way of that happening. So when I think about some of the challenges in getting our teams back to work quicker, happier, and safer, often that's actually about some of the perceptions or the biases that our clients might have around their injured worker.

Blythe Rowe: Again, a lot of these perceptions and biases are completely unconscious. Meaning they don't know they have them. That's the whole purpose of unconscious bias, they aren't aware that they are buying into it. But depending on, and when I say bias, for example, I work in the bullying space a lot and if someone puts in an allegation for bullying for example, or they're off on stress leave and going down workers' comp. Often I hear the client's perspective where their bias is, "Oh well for God's sake, I'm not bullying them. I'm performance managing them, or they've got to toughen up, or they're just a troublemaker." And so suddenly they start throwing out some of these labels or biases, which then get in the way of obviously getting that injured worker back to work.

Blythe Rowe: The challenge is, is how do we engage those stakeholders so that A, they can see that they've got these biases and B that because of that, it's actually getting ... It's a barrier to try and get their injured worker safely back at work.

Spencer Howsen: Spotting biases in yourselves got to be one of the hardest things. But we're getting better at it as a society, because there's lot of talk about it, subconscious bias in hiring, etc. etc. So how do you spot bias in yourself?

Blythe Rowe: Oh, it is hard to spot it in yourself. You're right. Often it's having ... Well sometimes you might not even spot it. Sometimes it's, and this is a thing I talked to particularly my clients about, whether or not you're right or wrong for example. So let's imagine one of the bias is that this person's just trying to rip off the system. Let's imagine that's the bias.

Blythe Rowe: My question I say to myself sometimes, or my stakeholder is, "Whether we are right or wrong is actually not the point. The point is, does thinking like this lead to the outcome or after," and more often than not it doesn't. So I challenge my clients, does thinking that your employees try and rip you off, does that get them back to work safer? Does thinking that this person is just soft, get them back to work safer? No, because what it ultimately does, it makes us feel differently towards this person. We might feel a bit of contempt, we might be judgemental. And then when we feel like that, then our behaviour changes and that's when we might suddenly start treating this injured worker with contempt rather than compassion. And so sometimes we can't see our own bias.

Blythe Rowe: So perhaps you might then spot the bias, but through asking that question, that is a bit of a shifting in mindset. And to me, and one of my kind of things I always talk about is once we can change the story or belief that we're buying into, that's when we can change our behaviour and ultimately hopefully the outcome.

Spencer Howsen: The ultimate what if is, "What if it were me in the other person's shoes," isn't it?

Blythe Rowe: Yeah. That's funny, I often said, and I say, "What if that was your best friend? What if that was your partner? Or what if that's your child?" Because it's funny, when it's your child you would suddenly think very differently, and so that's exactly. And it's just that sometimes it's asking those questions to shift our thinking from that very narrow, that very narrow judgmental thinking and that then hopefully, like I said, whether they're right or wrong is not the point. The point is can we think of this differently to try to drive better outcomes.

Spencer Howsen: You just used the word story there and I think this is something that you talk quite a bit about, isn't it? Being a storyteller.

Blythe Rowe: I certainly do. And that's because normally I'd get on my high horse and say, "What we've done in the past hasn't worked." And we keep doing the same thing and wondering why we're not getting the same ... Better outcomes. And when I say we, I mean people like me in the people areas and particularly in areas of compliance and whether it's safety or what have you. And I look at my staff in the bullying area, often what we try to do is be a safety enforcer. And we step into our safety enforcer and this is where we like to tell people what they need to do. And we have systems and processes and we overcomplicate things. And then we wonder why we're getting pushed back from particularly from senior leaders. And so, one of the challenges I say to people is, whilst the process part's really important, alone that doesn't drive behaviour. And if we want to create behaviour change, then we've got to actually step into being a safety storyteller.

Blythe Rowe: And what I mean by that is actually rather than trying to get people ... Forcing people to do it because they have to, because of compliance. Actually having a compelling why, why does this stuff matter and touching their hearts. Because when you can touch people's hearts, that's when suddenly they're much more inclined to act.

Spencer Howsen: What about, at the beginning you talked about how people often leave jobs because of relationships and that's why this stuff's really important. I guess the single keyword at the centre of all successful relationships at work and at home and everywhere is trust, isn't it? How important is trust with injured workers and the workplace in general?

Blythe Rowe: And my experience is often our teams can trust someone's and maybe it's they trust their boss, which is a great thing if that's the case. But sometimes it's the system or the organisation that lets them down. But without a doubt, to me trust is everything. And trust just doesn't happen. And this is where trust takes time. Trust takes coming from a mindset of curiosity and not judgment. Trust takes listening rather than telling. And for me what organisations really need to have a good hard look at, because they talk about this trust thing, but then often their actions are the opposite, is to really put that mirror up and go, "Well, what are ... How do we do things in our organisation?"

Blythe Rowe: And I talk about reviewing your rituals. And these are you never want to talk about culture and all that stuff. But at the end of the day, culture is really about the stories people share about what it's like to work there and what the rituals are like. And so I challenge the organisations and I say, "Well, let's review our rituals and are the rituals that are happening daily, weekly, monthly, building an environment of trust?" And in this context, when someone for example, I don't know, puts in, I don't know, witnesses an incident or puts in an allegation of an unsafe act or something, how does the organisation respond? Do they respond with kind of giving them an uppercut and blaming, or do they respond with curiosity and looking for the learnings? And they're the kinds of things that I think are always ... Organisations and leaders are always being tested and they either add to that trust bank or they just diminish it straight away.

Spencer Howsen: The trust bank, I like that. Finally, what is one thing that, and you've given us plenty to think about, but one thing that all employers, organisations, workplaces can do today to get started on this journey?

Blythe Rowe: I think one thing would be to really talk to your team. I think just talk to your team and really openly talk to your team about how we're going, where we're at? What are we doing well, where can we improve? Because otherwise we can be a bit delusional about how we're going. But I think let's just really take stock and go, "Okay, what are we doing really, really well in this space? And what else do we need to be doing differently?" And when you come from that mindset of being open and curious, I think teams love that. You don't have to be perfect when none of us is going to be perfect. Teams don't expect us to be perfect, but I think that's a really great way to begin that journey of trust as well.

Spencer Howsen: Okay. Ultimately, if the relationships are good, people will want to return to work, and that's what this is all about. Blythe Rowe, thank you so much for being on the podcast today.