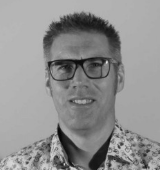 Human Factors (HF) play a critical role in safety management and injury prevention. It is concerned with understanding and optimising the interactions between humans and other elements of systems to enhance health, wellbeing, and performance.

Through a series of case studies, you’ll gain an overview of the HF systems thinking approach to optimise safety management activities, including incident reporting and learning, accident analysis and prevention, and work system design.

Professor Paul Salmon: Hi, how are you doing?

Spencer Howsen: You say that workplace injuries and adverse events are caused by systems failure, not human error. Seems that's a pretty good starting point for this conversation. Tell us all about that.

Professor Paul Salmon: Yeah, so it's an interesting concept. Human error has been used to explain safety injury accidents for many years, but really, kind of over the past probably 15 years ago now, there's been a realisation that actually, human errors are a consequence of wider systems problems. It's not a cause of anything.

Professor Paul Salmon: And so, if we think, typically when an accident happens in a workplace, somebody will say that human error is involved. So, for example, pilot error caused the plane to crash. But actually, if you take a systems thinking lens and you look at the wider contributing factors to the incident, there's normally always multiple interacting factors across all levels of the system that actually created the human error.

Professor Paul Salmon: So, that's the kind of point of my presentation, that if you take a systems lens on incidents, on injuries, you get a very different understanding of what's causing them.

Spencer Howsen: You even go so far as to say that to look at incidents through a human error lens is ethically and morally inappropriate. Are humans never to blame? Does human error, is that never a factor with workplace incidents and injuries?

Professor Paul Salmon: Yeah, that's an interesting question. I mean, errors do happen, and people make errors. But the fact, the point is that their behaviour is influenced by other the factors in the system.

Professor Paul Salmon: It should be applied everywhere. And so, if we take, for example, risk assessment, and we look at accident analysis, for a risk assessment method should really be able to identify risks across the system. And so, we know from all injury accident analyses that any accident, any injury incident, has multiple contributing factors. But what you tend to see in risk assessment methods is that they will identify individual risks at the sharp end of system operation. Whereas, we know that actually, accidents are caused by multiple factors across the system. And so a risk assessment method needs to look at the whole system and identify where risks exist, how they might interact with one another to create incidents.

Professor Paul Salmon: And the same goes for accident analysis. You should really be looking at the whole system, going all the way up to government and even international influences levels of the system to actually identify what created the incident that you're looking at.

Spencer Howsen: It's human nature to blame someone. Lawyers love to find the right person to blame, for example. Even with a systems approach, that system has been created by humans at some level, at some point, hasn't it? So, doesn't it still come down to it, if you are of a blame mentality that there is still going to be someone, somewhere that you can pin everything on?

Professor Paul Salmon: I mean, you could look at it like that, but really, the key point is it's the system that failed, not the individuals within it. And if everybody ... if you take a systems lens and everybody in the system shares responsibility for safety, and you're not looking to blame, you're really just trying to learn. So you're not trying to assign blame, you're just looking at what factors interacted across the system to influence behaviour.

Professor Paul Salmon: The other side of it is that actually, not all of the decisions, actions, behaviours are actually failures. It's often people going about their normal day-to-day business doing what they would normally do. It's what we call normal performance, and it's just the way those things interact across the system that actually allows the system to fail.

Spencer Howsen: What's the starting point for a workplace or organisation that likes the sound of what you're talking about? Where do you begin with the implementing this systems thinking if you haven't to this point?

Professor Paul Salmon: There's a number of things you can do. So, for example, there are very simple to use methods to actually analyse injury events that look at the entire system.

Professor Paul Salmon: Incident reporting and learning systems are one way. So typically, organisations will have an injury incident reporting system that will only let them report one causal factor or a so-called root cause of the injury. Whereas you can kind of, I talked in the presentation about uploads, which is a system which allows organisations to report their injury incidents, but really to identify the contributing factors across all levels of the system.

Spencer Howsen: How open are you finding organisations to rewiring their thinking?

Professor Paul Salmon: They're very open. Once you kind of make clear that it's not a blame, that it's blame-free, essentially, you're not looking to blame anybody. You're really accepting that when injuries happen, it's a systems failure, and the only way to learn from them is to look at it like that. They become very open to it.

Professor Paul Salmon: There is a fair bit of work in kind of shifting perceptions and beliefs about how injuries happen, how accidents happen, and that takes time with workshops and training and things like that. But once they kind of get into it, they're very open. And with the upload system, for example, all of the data is de-identified. So, we get all of the sector's data, we report back to the sector, but there's really no way of identifying organisations within it. So that obviously makes them more open to sharing.

Spencer Howsen: Just to bring the lawyers back in, and even the individual that may be injured, I can't see them embracing a system where there isn't ultimately someone that you can sue. Has there been pushback from the legal world?

Spencer Howsen: Can you maybe give us an example? I'm sure you want to de-identify the organisation involved, but where this has worked really well, where maybe there's been a change implemented, and systems thinking brought in, and what it's resulted in?

Professor Paul Salmon: Yeah, absolutely. So, one of our big partners, who I won't name, is a big outdoor education provider in Australia, and they've really embraced systems thinking, not only in accident analysis and injury prevention, but really in their work design, in their procedure design, and how basically they go about things. And it's had a huge impact on the way they do business. If we just look at injury incidents, they've had what looks to be a significant reduction in injuries over time since applying systems thinking.

Professor Paul Salmon: I mean, we've still got to kind of finalise the data, but they're certainly learning more about incidents and they seem to be having less, basically, because they're responding in a much more appropriate way.

Spencer Howsen: What else do you think people should know? What would you like people to know about systems thinking?

Professor Paul Salmon: I think the key points are that really, if you're not doing systems thinking, you're not really learning a great deal about when things go wrong. You're not going to identify appropriate safety interventions through it if you're not using a systems thinking lens. You're going to try and fix a part of the system when really it's the system that needs to be fixed. That's certainly why we advocate for it.

Professor Paul Salmon: If we're trying to optimise performance and safety, systems thinking really is the only way you can appropriately do that.

Spencer Howsen: And it's actually reducing the number of injuries in places where it's been applied, and ultimately, that's good for everyone then, isn't it?

Spencer Howsen: All right. Thanks for being on the podcast.