David loves the ocean and after having many jobs in his life he finally turned his passion for sailing boats into a career.

In April 2015, David's boat caught fire and exploded. The blast left him with burns to 90 per cent of his body. He was lucky to be rescued from the water by a stranger and was taken to hospital where medical staff saved his life. He stayed for three months.

Back at home, he had immense pain and PTSD. He couldn't work and was reliant on his wife to help with daily tasks. Realising he was depressed, he admitted himself to a psychiatric hospital for three weeks. During David's two years of rehabilitation, he kept his mind active, studying and passing the Master mariner grade 5 and Marine engine driver grade 3 exams. This allows him to captain larger boats.

David wanted to go back to work when his rehabilitation finished. He found a new job and initially was doing only one trip a week due to his fatigue. He says that when he was able to, getting back to work was the best thing he could do for his mental health. Working gives him a sense of self-worth and increases his self-esteem which is important with the facial scarring he has.

“My wife and children are so proud of me for getting back to work. They can see my mood has greatly improved and every day my physical health gets better.” 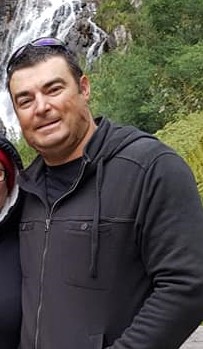