In January 2022, a 23,000 litre concrete water tank, full of water, catastrophically failed at a school in Brisbane. The tank was part of a swimming pool complex at the school and had just been filled with water during back washing of the pool filtration system. The tank was a storage tank that temporarily held waste water from this process prior to being drained. Temporary storage tanks are frequently used at large swimming pools to temporarily hold back wash water where the flow rate of the back washing operation exceeds the flow rate of the drainage system.

The tank was 2.7 metres (m) high with a diameter of 3.2 m and is understood to be more than 40 years old. It is likely that the tank was cast on site. The failure was violent with half of the tank wall “exploding” (refer Photograph 1). Large fragments of the tank wall were found more than 30 metres from the tank, with a large piece of concrete, measuring approximately 2 m by 1 m more than 13 m from the tank. The failure of the tank also destroyed part of a 2 m high cyclone fence around the tank. At the time of the incident school children were not near the tank, but if they had been, very serious injuries would have been likely. 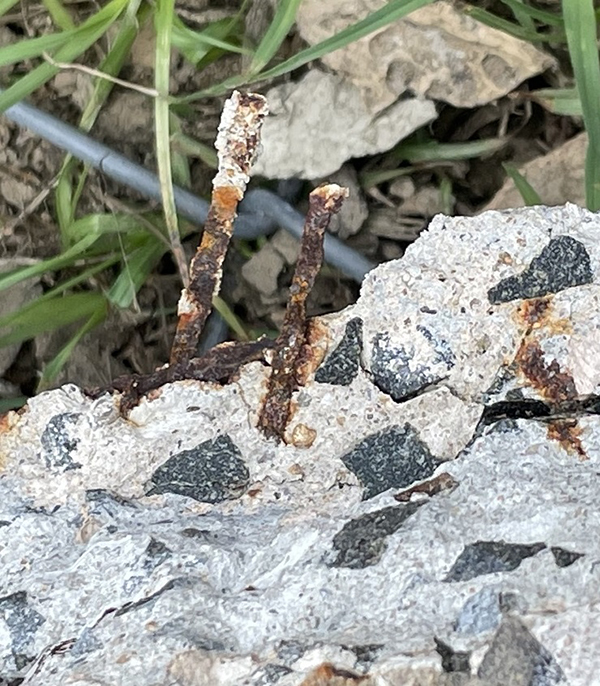 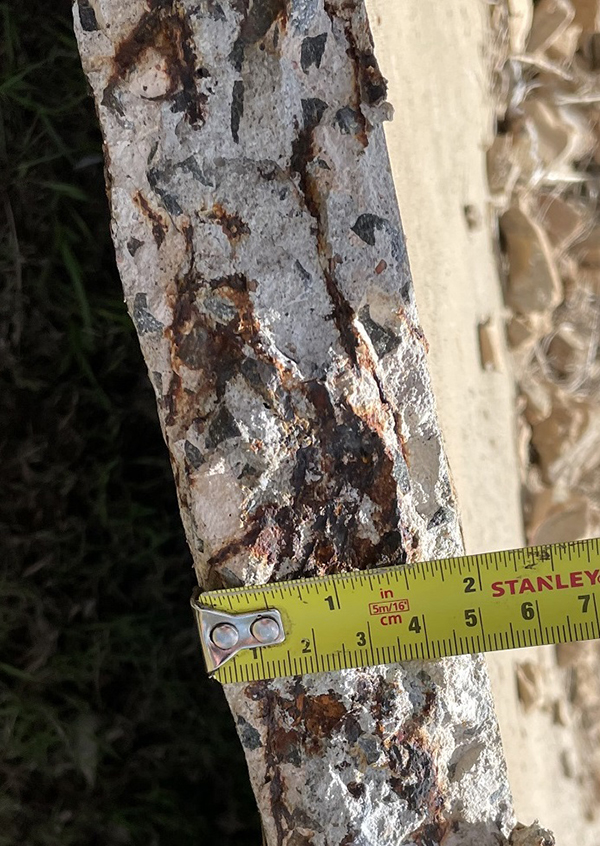 An initial investigation suggests the explosion occurred due to the pressure (head) of water alone as the tank was vented to atmosphere, with water entering the tank via a standpipe pumped through a large open inspection hole in the top of the tank. A build-up of gases is unlikely to have contributed to the ‘explosion’ as the tank had just been filled and was overflowing with water from the swimming pool.

The concrete in the tank wall had been reinforced with thin steel strips approximately 40mm long x 2mm wide (refer Photographs 2 and 3). An inspection of the failed concrete showed that a large proportion of these steel strips had disintegrated (rusted) within the concrete, possibly due to ingress of moisture over time (refer Photograph 4). Based on this information alone it is reasonable to assume that the loss of tensile strength of the concrete caused by the disintegration of the steel fibres along with possible expansion of the concrete due to corrosion contributed to the failure.

It is understood that concrete tanks with steel reinforcement fibres were manufactured from about 1970 until the early 1990’s. The method of manufacturing of using small steel strands in the concrete mix was then replaced with other types of reinforcement – partly due to the likelihood that the reinforcement can disintegrate as is the case with this concrete tank.

The difficulty with concrete tanks of this type is that it is largely impractical to determine the degree to which the steel fibres within the concrete have disintegrated. Non-destructive test methods are unlikely to be able to provide quantitative information on the amount of degradation beneath the surfaces of the tank.

Discussions with staff at the school have indicated that there were no obvious cracks or leaks on the outside of the tank prior to the failure. However, the visible rusted steel fibres and resulting concrete spalling on the outer tank surface (refer Photograph 3) is an indication of degradation of the structure.

It is understood that concrete water tanks, using steel fibres susceptible to corrosion, have not been manufactured for many years. Other concrete water tank constructions typically incorporate continuous hooped bar reinforcement.

The violence of the failure, along with the understanding that there was little prior warning of a catastrophic failure, are strong indicators that these aged SFRC tanks are unsafe.

Concrete tanks with steel reinforcement fibres, that are prone to rust, should be emptied and removed from service with the tanks being demolished by competent persons. If a tank owner considers a concrete tank of this type is safe, the written advice of a competent person such as a suitably qualified professional engineer with experience in the design of concrete, should be obtained. The advice should include tried and tested analysis of the tank to verify the tank is safe.

If an owner of a concrete water tank is unsure of whether their tank is of similar design to the one in this incident, the advice of the tank manufacturer should be obtained.