In 2020 the left-hand stabiliser on a Palfinger PK 10000 VLC extended while the truck was being driven and struck another vehicle. No injuries occurred however, the incident had the potential to cause a fatality.

The cause of the 2020 failure has not been determined. An initial investigation indicates the truck driver made an attempt to check the stabiliser was locked before driving.

The VLC involved in the incident was manufactured in 2004 and was not fitted with a warning device in the truck cabin to warn the operator that the stabilisers were extended. It is likely that if the crane had been fitted with a visual and audible warning device on the stabiliser, in compliance with Australian Standard AS 1418.11:2014 Cranes, hoists and winches Part 11 Vehicle-loading cranes, the incident could have been avoided. 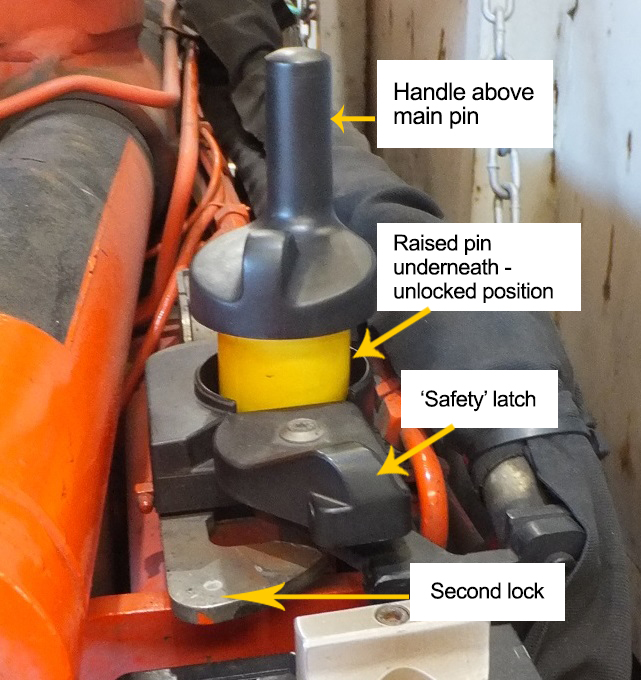 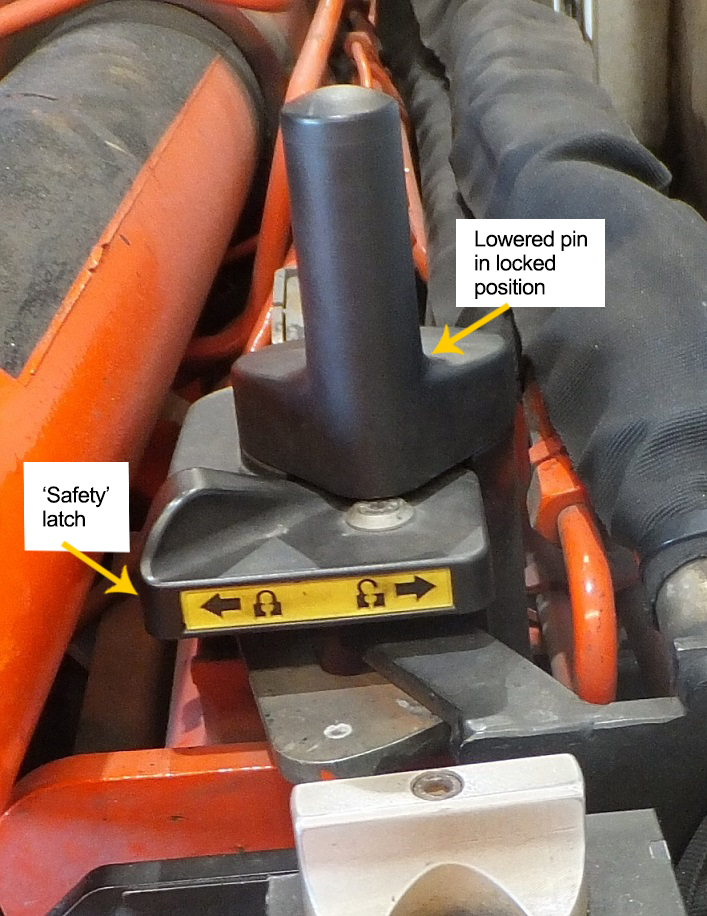 A spring incorporated into the design of this latch helps prevent the latch from being closed unless the stabiliser is in the transport position. However, it appears that it is possible to inadvertently overcome the spring force and close the safety latch while the stabiliser is locked in the extended position.

In addition to the above, on older models where a spring is not provided on the safety latch, the latch can be easily closed when the stabiliser is fully extended as there is no spring tension to resist this action. Although the proximity switch can be retrofitted to some older Palfinger models, the spring cannot always be retrofitted. This is due to the design of the area where the spring is fitted being changed (refer Photographs 3 and 4). Photograph 3: Newer design with slot and lug to allow spring to be fitted to safety latch. Section 5.6.1.5 of AS 1418.11 includes relevant information on the design of the warning systems associated with stabiliser locks on manually extended stabilisers as follows:

“5.6.1.5 Cranes, with manually operated stabiliser extensions, shall have a warning visible and audible from the transport driving position that indicates when the stabilisers are not locked in the transport position. The audible warning may be silenced by an acknowledgement button or by a signal that the parking brake of the vehicle is engaged.”

The safest stabiliser warning system will detect the stabiliser is locked and also in the correct position for transport.

As an alternative, fit a stabiliser warning device, that detects the stabiliser in the locked position for transport and warns the driver in the truck cabin if this is not the case.

Operators should be trained in the safe operation of the specific make and model of the vehicle loading crane they operate. Training should include the correct deployment and packing away of stabilisers, in accordance with the manufacturer’s operating instructions. A documented record of the training, summarising the content of the training (e.g. in a checklist), should be maintained.